I have to say Odd Thomas had a name befitting of the person. I'm not quite sure it gets more odder than Odd. He made for a most interesting character, even the parts of him that weren't supernaturally other set him apart from the rest. He seemed like a slightly innocent but old soul. Almost as if he was born in the wrong era. I could see him fitting in a lot better somewhere in the 50's. I liked it though. He was odd in a lot of charming ways. I really enjoyed Stormy too. Even though at times she seemed a little haughty, in the sense that you definitely knew she was the shot caller in that relationship. 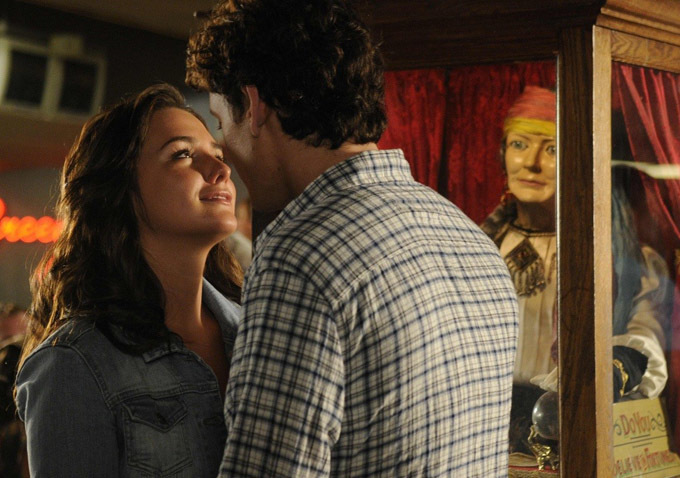 I really liked the supernatural element here. Odd Thomas's gift for seeing the dead was amazing, and I really appreciated how he always thought of it as a gift rather than a curse. And he took this gift and tried to help those he could and just generally do right by everyone. There were a few twists and turns in this book that constantly had you on your toes. I was surprised quite a few times. I do think some of the middle leading up to the disaster could have been trimmed a little. It kind of dragged on a little there, and then the thing that the whole book was leading up to seemingly passed in the blink of an eye.

*Side note: I have read a couple Koontz books now, and so far this appears to be a common thing I see. Lots of build up, good stuff, but a lot of it, and then a rather quick climax. Not one of my favorite things. I have enjoyed each story I have read, but each time when things are wrapped up so quickly I feel a little let down because of it.

I still thought this was an enjoyable read and after that ending I'm very curious to see where things go from here. I think the next book could make or break this series for me. I'd like to see which it is.