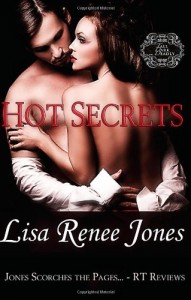 Hot Secrets was kind of a hot mess. I read this whole book and still at the end of it all I'm not even sure who Royce really is, beyond the physical and what he does for a living, and how the heck Royce and Lauren came to love each other. I think there was a decent story here somewhere, but too many things fell short for me to really enjoy it.  It went from an uptight lawyer with severe daddy issues wanting a one night stand to her spending virtually every waking moment with a guy she just met and them falling in love over the span of what a week or maybe two. I just didn't get it.

Even with the annoying insta love put aside, there was almost too much else going on. The big story line besides the romance here was that someone was out to get Lauren. There was threats, stalking, and everything was escalating while Royce and his brothers frantically tried to keep Lauren safe and find the culprit. That, to me, could have been enough. But then throw in there the creepy step brother that wants a piece of Lauren, the evil step mother, the overbearing and undercaring Daddy, and of course an ex that burned her.....but no worries she didn't really even like him anyways. It was too much. I was getting whiplash from being in Lauren Land, where she is the center of the universe and everyone seems to either sickenly love her or want to kill her.

Her character had too much going on, while it left Royce with just being an underdeveloped stereotypical alpha male, and not much more.

Something else that really rubbed me the wrong way (only mild pun intended), was the one scene where Royce went all caveman on Lauren in her office.

He feels like he has something to prove when Lauren's Ex leaves the room, so he proceeds to start ravaging her in her office. Which would have been completely fine, if she weren't saying things like "Don't bully me or push me around. Let me up", Stop it, Royce.", and again "Stop.". Of course no one stopped and by the end she's basically like well I was saying no, but I really like it. 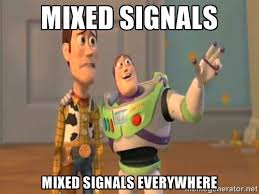 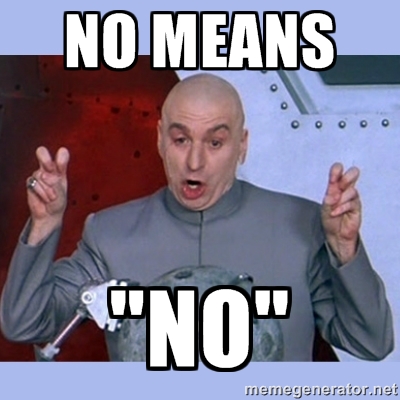 I feel like in sex the freaking safe words are NO and STOP. It means just that. If you really want it but just want to play games, use some different words, otherwise it has a distinct rapey vibe that no matter how everything seems fine at the end, is impossible to wipe away from your mind after having bore witness to it.

I will say that by the end, when we finally found out the villain, at least there was a twist there that I really didn't see coming. I liked that part of it. Oddly enough, I also was intrigued by Royce's brothers. They weren't huge characters in the story, but you got a little of Blake's back story, and it was good! I'd even venture to say he was more fleshed out than Royce! There also seemed to be a hint of sexual tension between the other brother, Luke and Lauren's friend, Julie that seemed like it could be interesting. This one just didn't really do it for me. I wasn't a huge fan of these main characters. If the other brothers had their own books, I might be willing to give one of those a try.