CONTROLLING THE DEAD BY: ANNIE WALLS 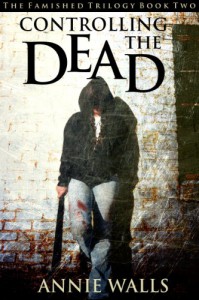 Controlling the Dead was the second book in the Famished series. I absolutely loved the first book, Taking on the Dead, and while I did thoroughly enjoy this second installment, I do feel like the will they or won't they romance between Kansas and Rudy got really old here. That is really my biggest complaint about Controlling the Dead. I just didn't get it. In the first book with the mystery behind who Julie was, and more specifically who she was to Rudy was what seemed to really hold Kan and him back. But now that the cat is out of the bag, and Rudy clearly was not interested in anything romantic involving Julie, and with the Kan/Mac romance done, what the hell was the problem. I mean nothing significant happened in that area until the very end. And as quick as Walls giveth, so does she taketh away. WHY????!!! I really don't even get the end. Did Rudy have a choice? Is he hiding more secrets?? WHAT IS HAPPENING???

Phew. Now that that's out, let's get to the kickass stuff. The zombies were still around, being gross and causing hell. I loved the creeptastic addition of Voodoo in this book. Mago is super interesting to me.

He's one mysterious dude. I liked getting to see more of him and his unnerving way of controlling the zombies. It was crazy to see Kan deal with the new found abilities that Mago had bestowed upon her. 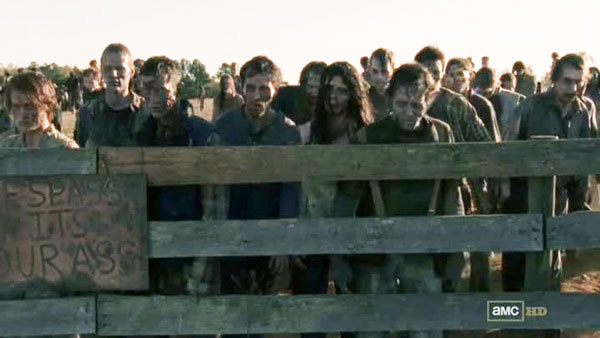 That whole thing added a whole new level to the story and I really dug it. The more I found out about Mago the less of a creeper I thought he was. We definitely got the distinct impression that he did not necessarily enjoy dabbling in the dark side of Voodoo, or controlling the dead, but he was doing what he could to try and make things better, especially for his own people. Although you still never seem to get a good idea if he's a good guy, or on a specific side other than his own. But that really seems to be the general theme with just about everybody.

We get introduced to some new places, and new characters in this addition. Some of which seem inviting and nice, and others not so much. I'm pretty much with Kan at this point and TRUST NO ONE!

Some people seem to think one of the new places may be their salvation, but I remain skeptical, probably up until the bitter end. For every answer you get along the way in this story, 2 more pop up in it's place. Lots of crazy stuff went down. This is an action packed series, and one that isn't afraid to take risks. It's a wild ride and I am really excited to see where Walls takes us next. Seriously, like I really want that book....anyone have a clue when it's coming out? I hope it's soon!