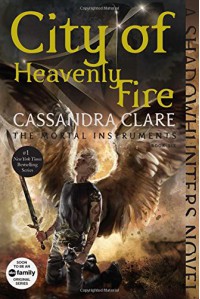 I was really nervous about starting City of Heavenly Fire. My love affair with the Mortal Instruments series has been very rocky. I absolutely loved the first few books, but the last two especially were not anywhere near as good as I was hoping. It had me honestly starting to feel like maybe this should have only been a trilogy because my interest level started waning big time after that. But I've already come so damn far, and I really had to know how it all ended, so not without some reservations, I started this book. I am so glad I gave it a chance. City of Heavenly Fire reminded me of most of the things that I love about this series. It reignited my love for these characters and the incredible world of the shadowhunters and downworlders.

There were lots of alternating POVs in COHF. We got a peek into most of our favorite character's heads, and a few new ones. I loved getting to meet Emma Carstairs, she was young but very feisty. I loved her spirit. The Blackthorns were definitely an interesting bunch as well. I am so excited to hear that Emma and the Blackthorns will be getting their own spin-off series coming out next year. I will definitely be checking that one out. I was glad to see a lot of the characters exhibiting behavior that made me like them all in the first place. Things there got sketchy for awhile in the previous two books, but I'd say turned around a lot in this book.

LOTS of stuff went down in this book. I don't want to give anything away so I'll keep it very brief. Obviously you already know that this final book is a lot of what has been building throughout much of the series, war. And naturally in a war, there are going to be casualties, so we do see some great and not so great characters be laid to rest in this book.

There were moments of shock and loss, and likewise moments of great strength, bravery and small and large victories. One of the things that I really enjoyed the most was the theme going on here that there isn't always just black and white. There can be various shades of grey. It becomes nearly impossible to categorize anybody as all good or all evil. Sometimes the good guys have to do some horrible things in the name of what is right, and sometimes the bad guys aren't only that. There many quotable moments in COHF, here are a few of my favs....

"Heroes aren't always the ones who win," she said. "They're the ones who lose, sometimes. But they keep fighting, they keep coming back. They don't give up. That's what makes them heroes."

"Weapons, when they break and are mended, can be stronger at the mended places," said Jace. "Perhaps hearts are the same."

"She had thought once that there were good people and bad people, that there was a side of light and a side of darkness, but she no longer thought that. She had seen evil, in her brother and her father, the evil of good intentions gone wrong and the evil of sheer desire for power. But in goodness there was also no safety: Virtue could cut like a knife, and the fire of Heaven was blinding."

"We are all the pieces of what we remember. We hold in ourselves the hopes and fears of those who love us. As long as there is love and memory, there is no true loss."

"The road map of their bravery and hopes, their dreams and desires, marked clearly on their bodies. Shadowhunters weren't the most forthcoming of people, but their skins were honest."

"Magnus's eyes darkened. "I'm sorry," he said. "The wishes of our hearts are weapons that can be used against us. Fight, Alec." He touched Alec's face. "This isn't what you want, this dream. Demons don't understand human hearts, not well. They see as through a distorted glass and show you what you desire, but warped and wrong. Use that wrongness to push yourself out of the dream. Life is loss, Alexander, but it's better than this."

I thought the ending of this series was done quite well. It finished feeling kind of bittersweet, but that was fitting. There was also a lot set up here for the future spin-off series, which I think will be a very interesting story. So while it's a little sad to say goodbye to these characters, I do think it's time. I am just glad that this final installment brought back a lot of the love that I had for this series as a whole. I am happy to leave on a good note. 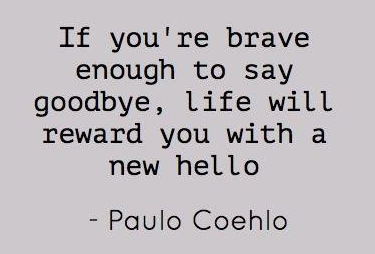