SHADOW AND BONE BY: LEIGH BARDUGO 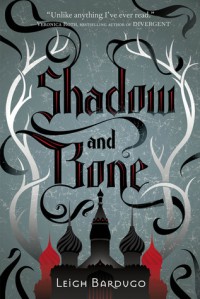 What can I even say about this book?! I loved it! Why have I waited so long to read this?! I couldn't get enough of this world of Grishas and their unique gifts. Alina was an amazing leading lady. I really loved discovering her powers and the mysterious hierarchy that was the Grisha fold!

Along with Alina I also felt enamored and slightly weary of the new life she had been thrust into. My emotions were constantly at war with one another. I loved the Little Palace and the things they were learning there, but at the same time there was a sense that things weren't right. The extravagant balls and demonstrations of powers, the ever present posturing and hunger for more...more power, a higher ranking, etc. I also sorely missed Mal right along with Alina. He seemed to give her a sense of peace and acceptance that was lacking at the Little Palace for her. While I wanted the comfort that Mal provided for Alina, I did appreciate seeing her start to come into her own. Discovering her power and what she was capable of seemed like a journey she needed to take alone, and I think she flourished while doing so. 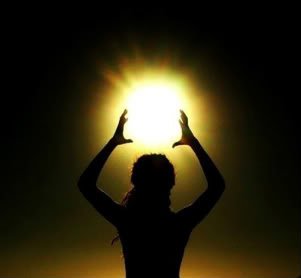 You got the feeling that Alina fully coming into her own would maybe knock some much needed sense into Mal when they met again. I liked to think of her taking back some of the power that he unknowingly held over her with the whole unrequited love vibe going on there.

The Darkling was a complex piece of work. I found it rather fitting that he seemed to be the opposite of Alina in almost all ways. The darkness to her light. I had a hard time throughout most of the book deciding whether or not to trust him. There's just something inherently sinister about someone who wields darkness as his weapon. It's hard to trust a shadow, isn't it? 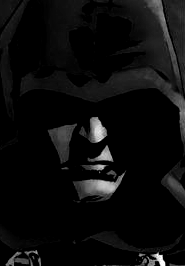 His interactions with Alina were always interesting, and I often wondered if this was going to end up some kind of Beauty and the Beast scenario. I am really pleased with the twists and turns the plot line ended up taking though.

All I know is that after that ending I need to get book 2 in my hands immediately. I am way behind on this enchanting world that Bardugo has created and I'm eager to catch up!