ONDINE QUARTET (AKA MY CRACK) BY: EMMA RAVELING

Didn't want to overwhelm any news feeds here, and after the past few weeks dealing with my daughter having strep throat, my guy having pneumonia, numerous doctors visits, and days taking care of my sickies and disinfecting EVERYTHING....I'm just lazy and tired. SO that's why I'll be condensing this review a little. I just recently started this series, and after book one, I was hooked! I immediately devoured every available book I could in the Ondine Quartet series. Without any further ado.......let the gushing commence!

Billow was a great follow up to Crest. Kendra is starting to learn what being the sondaleur truly means, piece by brutal piece. She's also realizing that she isn't walking the lonely path she always has anymore. Somehow people have wormed their way into her life, and her heart, even though she tried to fight it. I'm not sure what was the larger struggle for Kendra here, navigating her way through the hardships of the responsibilities and being the sondaleur or figuring out how to deal with having relationships with people. We learned in Whirl how Kendra was raised to take care of herself, and NEVER form any kind of attachments. Well in Billow we really get to see what that means for her while she flounders through trying to understand others and what her role in a relationship really is. I loved this! It's one thing to be told someone is a certain way, and it's another to watch the person deal with the inevitable repercussions because of it.

Now, while I loved the journey of self discovery that Kendra was on.....I could have done without all the whining she did. I get that she was brought up in such a foreign way, that she was struggling with basic social skills that normal people acquire when they are in elementary school, but sometimes it was agony to listen to her incessant whining. Sometimes I wanted to reach through my Kindle and just shake her a little.

Obviously Kendra is the star of the show, but there's something to be said for all these other AMAZING side characters. They all truly shine in this book. I'm not going to lie, Julian's wit and relentless flirtatious behavior with Kendra charmed me. I mean Tristan is fabulous and all, but he's also somewhat intangible right now. Which is precisely what makes Julian's in your face, I'm right here and my body is ready, attitude alluring. I just hope that he doesn't break my heart in the end. Stay good Julian, don't turn into a villain if Kendra doesn't choose you in the end!!!!

I loved this brief glimpse into Kendra's life before the Lumiere Academy. I liked seeing this younger version of her! It was nice to see the way she has always stuck up for the underdogs. Even though she seems harsh or abrasive, she has always been a quiet hero. I enjoyed the story, and the sweet twist at the end.

Loved this little short story from Julian's point of view! It was really fun watching him and Kendra conduct their covert investigation, especially in a foreign city, with some new interesting people. It was also nice to get a peek into what Julian was thinking for a bit. I feel like we got to see a slight shift in his attitude towards Kendra, and her relationship with Tristan in this novella. The calm, cool exterior appears to be cracking. 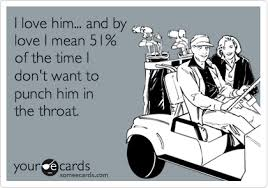 Am I the only one that re-read the ending in this one a few times because I totally thought I was missing something. That was a sneaky thing to do Miss Raveling! You didn't quite give us the whole picture as to what dear Tristan was up to when visiting home, but it was certainly enough to have me chomping at the bit! It was also way cool to see some of the more pivotal scenes between Tristan and Kendra from Tristan's point of view this time around. Especially since so much of the time he has his emotions locked down like Fort Knox and it's as hard for the reader as it is for Kendra to guess as to what he's thinking or feeling.

LOVED this!!!!!!  Such huge growth from Kendra in this book! She has truly flourished. I was so shocked and pleased to see Kendra handling everything that she was, with so much grace, and responsibility. She is becoming the leader she was destined to be, and so much more. She is fighting for and navigating her new role in the draining political world. We have seen in the previous books what a fierce and dedicated warrior Kendra can be, Crest really highlighted the fact that she is much more than a deadly weapon. She has a strong political presence and she's making it known. I think it can be said for any form of politics, it's not for the faint of heart or weak of mind. Kendra proves to be neither. She will do whatever she can, and must for the sake of the Irisavies and all the elementals and even associates of the elemental world. She has some great ideas and plans to truly unify everyone and make things equal for all, but of course tradition and traditionalists stand in her way. It's been awesome seeing Kendra finally play their game, and do it so well.

Can we say a big hell yes for getting to see so much selkie awesomness in this book?! I mean it's all about the 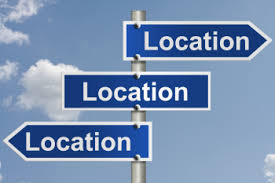 Having this book take place in the Selkie Kingdom was amazing. The selkies have been such an intriguing race, shrouded in mystery. It was kind of like getting to peek behind the curtain at Oz, only the selkies were way better than some old dude pretending to be great and powerful. We got to learn so much about their way of life and culture, it was so cool! Especailly considering that this is the first supernatural/fantasy book that has ever featured this particular race.

We are also closer to the Shadow then ever before in this addition. Come on that ending was EXCRUTIATING!!!!!  Two things I have learned in this series thus far, you never quite know who your enemies are, and Raveling doesn't blink an eye at injuring, maiming or completely offing people. Even characters you love! So beware forming attachments, because you truly never know who is the next to plunge the knife in your back or bite the bullet. 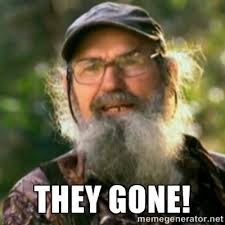 I also need to sat how much I love a slow building romance. I love the agonizingly slow and torturous journey to your OTP finally coming together. Raveling expertly weaves this journey in this series. I have to say that I have seen a lot of people talk about a love triangle in this series. I can't say I ever really thought that was the case here. I always felt things would play out a certain way, and I never felt like there was even a choice for Kendra. I thought her feelings were clear from the get go, even when she had trouble admitting them to herself. I admire the way she handled things with both leading men in this book. Gone is the girl that struggles so much with people and relationships. Kendra really stepped up and was honest and mature in dealing with everyone.

I can not wait for Breaker. I so look forward to seeing what happens next in this incredible series!  This was the first book in awhile that gave me one hell of a hangover. I couldn't put this down, not when it was time to cook dinner, not when it was time for bed, and not even when I knew I had to work in just a few hours. That next day was a long one, but totally worth it! 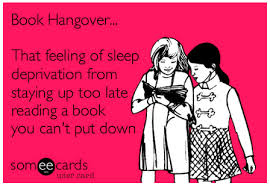