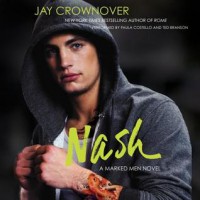 Another solid installment to the Marked Men series. The one thing that I really enjoyed in this one, that set it apart from the others, was that while Nash did have some issues he was trying to work through, he was a genuinely good guy. He cared for others immensely and wasn't the cruel person that Saint believed him to be. It was nice to see the "nice guy" not finish last. Even better was the main theme of this book, about letting go of the past, and being able to love yourself first before you can be in a serious relationship. I LOVED this!!  It's such a true and relevant thing to bring up, especially in this new adult genre. I wish more NA novels would bring this subject material to light. I think it's a big part of growing up, becoming a thriving adult and growing into serious relationships. 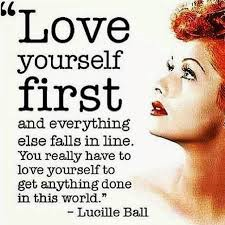 Saint really struggled with self image issues, she had a rough childhood, being overweight and pimple faced in high school can be hell. I get it. It did grow a little tiresome when she used all that as a shield against getting close with anyone. It also became annoying when she wouldn't accept the things she learned in the present because she let the past cloud everything. A past that was not all she thought it was in the first place. But the ultimate transition with her was very nice to see by the end. And she wouldn't be the first person alive that had a hard time letting go of the past, especially the highs and lows of school days past.

Of course we got to see the other couples from previous books in the series progressing in their relationships, which is always nice. There was also some big changes to the marked men's lives. I can't wait to see where these new exciting ventures go, and the new exciting characters that come along with them!